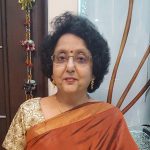 Prof Saluja has received several awards and scholarships including National Science Talent Scholarship (1975-1984). She is recipient of Prestigious, INSA Young Scientist Medal and LSS Kumar Memorial Award in 1989 by Indian National Science Academy. On May 11th, 2013 on Technology Day she was awarded ?The Biotech Product & Process Development and Commercialization Award? of 2013 by the Honourable President of India for her outstanding contribution in the development of novel method of Beacon based PCR diagnostic kit for Neisseria gonorrhoeae and Chlamydia trachomatis. She was also selected for Khorana Program Technology Transfer course 2013 under Indo-US science and technology Forum.

For the past twenty years, Laboratory of Prof. Saluja has been working in the area of Medical Biotechnology. Her primary contribution is in the development of beacon based Polymerase Chain Reaction (PCR) mediated diagnostic assays for sexually transmitted diseases caused by Neisseria gonorrhoeae and Chlamydia trachomatis and Trichomonas vaginalis, Currently, her lab is working on LAMP based diagnosis of Mycobacterium tuberculosis. In collaboration with Industry, Dr Saluja has also designed a low cost, hand held fluorescent reader. More recently, her group has developed low cost, novel method of qPCR for the detection and quantification of bcr/abl transcript for Chronic Myeloid Leukemia (CML) and for acute myeloid leukemia (AML) and are also looking into anti-leukemic activity of plant extracts. She is author of ten patent applications and one Indian and one US patent has been granted. Her laboratory is also looking at regulation of gene expression in eukaryotes using sin3B as a model system. Sin3B is an important co-repressor involved in p53 mediated gene repression under genotoxic and non-genotoxic stress. Their findings suggest that Sin3 plays a pivotal role in regulating cell cycle and apoptosis under conditions of cellular stress. More recently, they have established that Sin3 regulates life span and autophagy in eukaryotes.

Prof Daman Saluja has published more than 85 original research papers in International Journals. She has produced 20 Ph.D. students and more than 50 students have done project work (M.Sc and SURP) under her guidance. She has been invited to more than 40 National and International conferences.