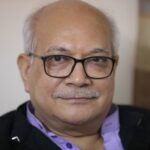 After Ph.D. in Biochemistry from V.P. Chest Institute, University of Delhi, he served as Clinical Biochemist at Escorts Medical Centre, Faridabad. During 1985-90, while working at National Institutes of Health (NIH), Bethesda, Maryland, USA, under Dr. Ira Pastan, he pioneered the design and production of the world’s first recombinant immunotoxins for targeted therapy of cancer and AIDS, which won him NIH Directors’ Award in 1991.

He has been at the University of Delhi since 1990 and superannuated in 2020 after serving as Professor for 25 years. He served as Head of Department of Biochemistry at the Delhi University for 3 terms of three years each. He is passionate about developing tools, techniques and Innovative technological solutions relevant for Human Healthcare for meeting Indian needs, and mentoring young scientists in the same area. In 2015, he founded Centre for Innovation in Infectious Disease Research, Education and Training (CIIDRET), University of Delhi, which led to the concept of establishing DSSEED at the University of Delhi.

His group has developed many antibody-based recombinant reagents for novel point-of-care tests for infectious diseases including NEVA-HIV test for the detection of HIV (AIDS), TBConfirm, a test to confirm the presence of M. tuberculosis in cultures etc. More recently, his group has developed an immunization-free antibody discovery platform which is being employed for the isolation of antibodies for the treatment of COVID-19, a therapy which treated Former US President Donald Trump.

He has been conferred many awards including Biotech Product and Process Development and Commercialization Award (Three times in 2004, 2014 and 2019 for different Biotech products), NRDC Award (2004), and WIPO Medal for Best Invention (2004) and has been conferred Visitors’ Award for innovation from the Hon’ble President of India (2015). Professor Chaudhary has more than 90 publications in high-impact international journals and more than 25 US and several Indian patents to his credit. He is a Fellow of the National Academy of Sciences. He has been a member/Chairman/Co-Chairman of Scientific/IPR & Tech Transfer committees of DBT, ICMR, DST, BIRAC, IKP-knowledge Park etc., and serves/has served as consultant/Advisor to many Bio-pharmaceutical companies. Professor Chaudhary’s current interests include antibody technology based novel reagents for Diagnostics and development of human antibodies for therapeutics.