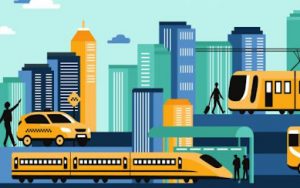 It is interesting to note that while State Road Transport Undertakings (SRTUs) have been setup under a central legislation—the Road Transport Corporation Act; but quite unlike the Airport Authority of India and city/ regional metro rail corporations, central engagement in bus transportation sector has traditionally been on the lower side. The obvious end-result then, has been that State Governments have (mis)treated SRTUs much like they tend to ignore and override local bodies, resulting in administrative neglect and financial unsustainability issues for state roadways across most Indian states. The sector has also become highly fragmented in the shape of SRTUs, city transport corporations, city metro corporations and such like, with instances of multiple public transport corporations functioning (ineffectively and in silos) under multiple state government departments. Fragmentation across multiple state departments has thus led to, as yet, minimal, if at all, progress on adoption of multi-modal approaches and “ease of travelling” to citizens as consumers of public transport services. 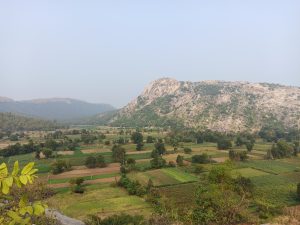 ‘The Tree of Life’ and Sustainable Development Goals (SDGs) among the Bhils of Chhota Udepur, Gujarat

Mahuda (Madhuca longifolia) is considered as ‘the tree of life’ owing to its multifaceted historical, cultural and economic significances. These significances for the Adivasi Bhil of Gujarat encompass flowers as economic value, flower, seeds and oil in ayurveda, seeds for extracting cooking oil and ritual oil, flowers for brewing wine, timber in house construction, shade for the agricultural crops, fodder, fuel and wood. The article is a brief examination of these significant advantages in the back frame of Sustainable Development Goals (SDGs), calling for a spur of awareness on its latent scope.

A blog can be based on but not identical to an already published work. At the time of submission, a blog must be an unpublished work. Subsequent to the publication by the DSPPPG, the authors can publish the work at a forum of their choice.

Copy-write with the author.